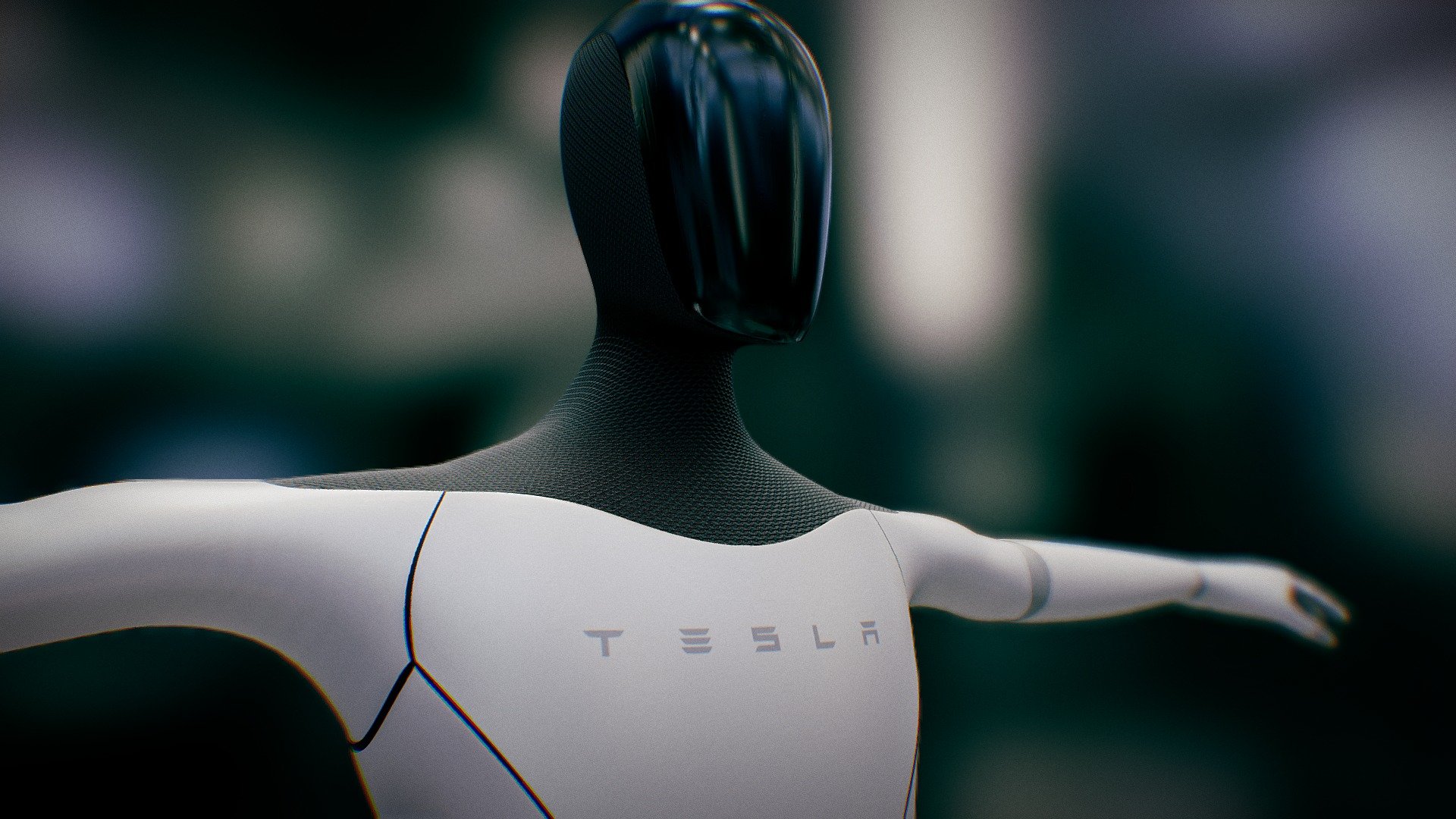 They’ll be back: Why we should embrace, not fear robots

By Tom FreybergAugust 31, 2021No Comments

“I’ll be back”. Probably the most famous robotic one-liner in cinematic history. It, of course, comes from Arnold Schwarzenegger playing the frightening Model 101 robot, sent back in time to assassinate Sarah Conor in the 1985 film, The Terminator.

While images of red-eyed, metallic rampaging machines might still haunt people nearly 30 years later, robots have become more closely embedded into the fabric of our society than we may think.
Robotic assembly lines requiring repetitive movements with millimetre precision and consistency are responsible for many of the items we consume today, from cars to food and clothes.

And the “next day delivery”, spearheaded by Amazon Prime and now expected as standard by customers? Without a workforce of over 200,000 mobile robots, this wouldn’t be possible. The online juggernaut would never be able to meet the insatiable online appetite for its products without this army of automated bots. Man, woman and machine have no choice but to work in harmony to ship such a colossal amount of goods.

Elon Musk recently said his electric vehicle company, Tesla, is arguably the “biggest robotics company” because its “cars are semi-sentient robots on wheels”. This coincided with the announcement of the “Tesla Bot”, a humanoid robot that runs on the same AI used by its fleet of autonomous vehicles. Prototypes are expected to be released in early 2022.

Since the industrial revolution, automated equipment and robots have helped society evolve and move people away from repetitive and often dangerous jobs.

Boston Dynamics is one company pushing the boundaries of taking robots “outside of the assembly” lines. Many of you will be familiar with its videos showing robodog Spot and Atlas, the robot poster children from the company, being tested in real-life conditions.

From hurdling over logs in snowy terrain to getting back on their feet after being pushed over and leaping between boxes in a makeshift assault course, the pair have become synonymous with robotic evolution.

And these robots dance! In one video, the company showcased its family of robots (Atlas, Spot and Handle, the taller grabbing robot designed for warehouses) synchronised to ‘Do you love me’ by The Contours.

Boston Dynamics was recently acquired by South Korean car giant Hyundai, which increased its ownership stake to 80%. Hyundai is the third company to own Boston Dynamics, an MIT spinoff purchased by Google in 2013 and then SoftBank in 2017 (who still own 20 per cent).

Hyundai’s plan to create a “robotics value chain” across manufacturing, construction and automation will come as a welcome relief from growing concerns of Spot, and in fact, robots being harnessed for military and law enforcement purposes.

This is welcome news. Such a narrative has been repeated time and time as a dystopian plot in too many films (Robocop, Chappie, i, robot and of course THAT episode of Black Mirror, Metal Head). Warning and advice here: always a good idea to watch the Spot dancing video after watching Metal Head, as a palate cleanser should get too dystopian and depressing.

Elsewhere robots are being deployed within many environmental engineering industries, namely waste management, recycling and wastewater treatment. Yet, they haven’t perhaps received the same attention as Boston Dynamic’s Spot.

I’m in the lucky position where I get to speak with technology companies and start-ups worldwide, including the entrepreneurs turning their hands to robots. In the 15 years+ I’ve been covering environmental engineering industries, including renewables, recycling, waste management, and recently specialising in water over the last decade, I’ve witnessed an increase in innovation in this area. Here’s a few notable examples I’d like to share.

On the front [recycling] line

Waste and recycling sorting facilities, known as MRFs (Materials Recovery Facilities), are playing catch up with the automotive engineering sector on robots. Parts of the sorting process, including separating “contaminants”, such as plastics not desired for the end-users and markets, have remained very manual.

I’ve visited MRFs in the past to witness this first-hand. Human pickers are often the “last line of quality defence” to pick out any anomalies that might have slipped through the sorting net of various solutions lined up together.

Yet the time for recycling robots has emerged! Finnish company ZenRobotics led the change with a small army of conveyor belt sorting robotic arms. The organisation specifically went after construction & demolition (C&D waste). It saw huge potential in automating and sorting the mountains of concrete, metals, glass, wood and asbestos being generated and in need of sorting to then off for reprocessing.

Typically replacing around 10-15 human pickers, the company believes the health and safety benefit has a huge upside.

The initial success in construction sparked a robot boom. Estimates from Goldstein Research forecast the market for waste picking robots will be worth an estimated $12.24 billion by 2024.

Another noteworthy collaboration I covered was between Spanish company Sadako Technologies and US firm Bulk Handling Systems (BHS). Combining the AI developed in Spain with the robotic arm technology from the US, the cross-Atlantic marriage led to the birth of a system called Max-AI.

Since then, there have been various developments. BHS launched the Max-AI AQC-C system comprised of a Max-AI Visual Identification System (VIS) and at least one collaborative robot, otherwise known as a CoBot.

Whereas many early waste-sorting robots were designed to work in isolation from humans, mainly due to health & safety concerns from flailing robotic limbs, the CoBots can instead work alongside people. As I wrote in an article for WMW magazine at the time, it’s time to forget the stiff and mechanised-type robotic sorting actions of the past.

These CoBots instead have padded arms that move in a more fluid motion. Less robotic and stiff; more elegant, fluid, and, if anything, more human. The recycling and waste sector has witnessed other developments, which can be read in that article. For me, one of the most interesting elements is the humanising of robotic sorters to work alongside waste pickers, not replace them.

Nor is it just waste and recycling welcoming robotic friends. While drinking water networks have been inundated with new solutions to help detect leaks and improve asset management, wastewater networks (sewers) have not witnessed the same attention. Yet times are changing.

Solutions have been developed to help water utilities get a clearer picture of previous “deep, dark and hidden” assets, such as sewers.

From automating sewer CCTV image inspection from Australian company VAPAR to British start-up nuron aiming to combine sewer monitoring with 5G capability, there is newfound innovation in this area. And this is where the robots come in.

After prototyping a robot in the US, the company convinced the water supply department back in Mumbai to carry out a pilot project. In total, 18 stormwater drains were identified that were discharging raw sewer into a lake.

Today the sewer scanning bots have evolved. A small army of robots can assess sewers as small as 6-8 inch in diameter, up to large water tunnels. Initially focused on condition assessment and then analysing water quality, recent modifications have enabled the modified bots to collect samples for Covid-19 detection.

The integration of robots, and the wider area of artificial intelligence (AI), into workforces don’t have the best reputation. Critics often raise concerns about humans being replaced by automated, mechanical alternatives. And what happens if we relinquish too much control? Too much power in the hands of AI could have devastating consequences. A phrase I once heard from a consulting engineer sums it up well: “If we let AI run water utilities, we would end up with rivers full of dead fish, or worse.”

An alternative way to look at this natural workforce evolution is how advanced tools can complement teams and free up time for people to do what people do best: human interaction, collaborative design and creativity.

Certain roles are simply better suited to robots and AI. For example, data entry, or skilled engineers copying and pasting plant designs, or sorting heavy and dirty construction waste in the case mentioned earlier. Automation allows higher volumes of data, or in fact objects, to be processed quickly and efficiently.

Rather than “I’ll be back” in a menacing, heavy Austrian accent, perhaps a better slogan for robots should be “we’ll be back…and we’re here to help”.

Tom Freyberg is an award-winning journalist and the founder and director of Atlantean Media, which specialises in content creation for the global water sector.

Some cookies are necessary for the functioning of Qatium's website and can’t be switched off in our systems. You can set your browser to block or alert you about these cookies, but some parts of the site will not then work.

If you wish to restrict or block these cookies you can set your internet browser to do so, just click on the following link for further information: www.aboutcookies.org. These cookies do not store any personally identifiable information.

This website uses Google Analytics to collect anonymous information such as the number of visitors to the site, and the most popular pages.

Please enable Strictly Necessary Cookies first so that we can save your preferences!